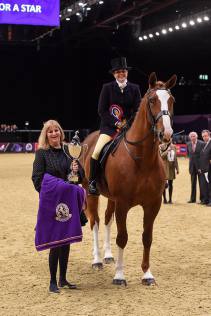 Corringdon Irish Draughts was established in August 2009 by Margaret Brooks, her husband Barry and their daughter Vicki Rogers. They use the best bloodlines available in the UK and Ireland, and aim to breed correct, true to type horses with exceptional temperaments, ability and movement.

Their first purchase was made with the beautiful mare Yorkies Purple Diamond  b. 2008 (Connaught Grey x Dalton Gem), known affectionately at home as Lottie (pictured). Lottie had a stunning filly foal by Crosstown Dancer (Corringdon First Dance b.2012), before being backed and graded. She then went back in foal to the warmblood stallion Porsch and produced another stunning filly, Corringdon Carrera (sold to Lynne Tait). Since foaling she has been produced and shown under saddle and has achieved an incredible amount of success for being a 7 year old home produced mare - she recently qualified for the RIHS 2016 Open Heavyweight Hunter on her first attempt, not only that but she is a Hornby Premium broodmare, was champion draught in-hand at the South West Breed Show and is mother to the Reserve Supreme In-hand Hunter at the National Hunter Show (Corringdon Carrera). She will be going in foal to CORRINDON DANCER Spring 2017. Watch this space!

UPDATE: Lottie sadly did not attend RIHS 2016 due to Vicki being in hospital, but she has qualified again for 2017. Having missed RIHS she qualified for SEIB Search for a Star as a heavyweight hunter and went on to achieve amazing success, winning the Hunter section and then going on to take the Overall Supreme Champion for 2016. 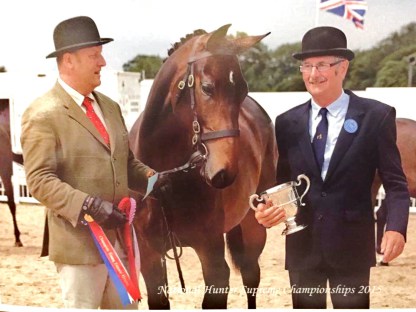 Corringdon Carrera winning Reserve Supreme at the National Hunter Show with her new owners the Taits.

Other mares belonging to Corringdon Irish Draughts include the 2012 filly Corrindon Maya, bred by Patrick Hoare, a half-sister to CORRINDON DANCER, by the well known stallion Cappa Cassanova out of MOYLOUGH HOLLY. Cappa Cassanova Class 1 ID Gold Merit stallion was the only stallion to be approved under Central Performance Testing in 2009 at just 3 years of age. Cappa Cassanova was recently awarded the All Ireland Champion Irish Draught Stallion 2015. He has been Champion at the Royal Dublin Show 3 times and has a double Gold Merit for showing and also a Gold Merit for Show Jumping. He is the only stallion to currently achieve this for himself and not just on his progenys achievements.

Maya is in foal to the thoroughbred One More Tiger for 2017. 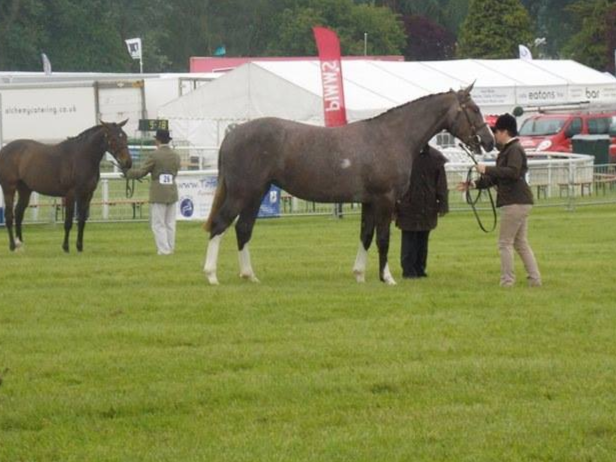 Corrindon Sapphire is a 2013 bred filly sired by Oh Carols Rebel and out of Moylough Ruby. She too was bred by Patrick Hoare in Ireland. Sapphi has been lightly shown this summer and has achieved considerable success at the South West Irish Draught show winning 1st in the 1,2 or 3yr old Irish Draught and then taking Reserve Champion Young Hunter, shown by Barry Brooks.

Sapphi is currently in foal to Corrindon Dancer for 2017. 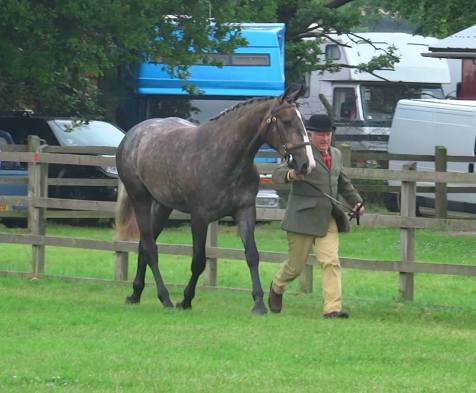 Bluestone Belle is a smaller Irish Draught mare, foaled in 2007. By Penmerryls Rhythm and Blues, out of Silverstone Beauty (by Silverstone). She has successfully competed under saddle winning 15.2 Show Hunter and Working Hunter classes. She has been lightly jumped but regularly hunted, being safe across all country.