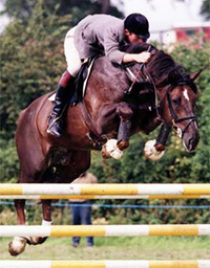 Flagmount Diamond was ranked in the top 50 Sires of Show Jumpers in the World in 1998-99 by WBFSH. He is also the sire to the Grade A showjumping mare Lady Glan, who herself was dam to John Whitaker's Diamond Cliff who won the speed class at S-Hertogenbosch CSI-A in 2000. Flagmount Diamond is the sire of two current RID Stallions Crosstown Dancer (now deceased) and Mount Diamond Flag and the damsire to Classic Vision and Supreme Ginger the sire of the 2nd dam of the full brothers Sir Rivie and Ryde's Sea Quest. Flagmount Diamonds progeny have collected an astounding 7,651 Showjumping Association of Ireland points.

Flagmount Diamonds' sire the legendary King of Diamonds is described as the single best known Irish Draught stallion of modern times. King of Diamonds is ranked 21st in the world breeding rankings for the period 1992-2001 on the basis of 19 of his progeny, including Rodrigo Pessoa's Special Envoy, john Ledingham's Millstreet Ruby and Joe Fargis's Mill Pearl.

Irish Draughts can be found competing at the highest level across most equestrian disciplines. They make exceptional hunters and are always in the ribbons in working hunter and showing classes.  It is said their superior bone and temperament are their winning attributes. The breed is renowned for its strength, intelligence and courage. 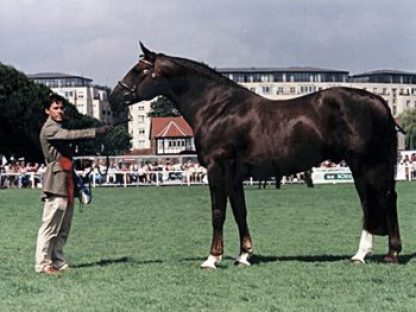